Talking Point Issue 1: The past week witnessed the start of the climate talks in Paris. Usually referred to as the Conference of Parties 21 (COP 21) this event will last another week.

This is an important node in the marathon run of talks that have taken place to find a replacement to the Kyoto protocol which expired in 2012. The Paris gathering which is seen as a make or brake event has the daunting task of putting an agreement together between nearly two hundred nation states that would stave off catastrophic climate change that has the potential to leave a permanently degraded planet that our children will inherit.

In a sense global warming has caught us napping. The damage had already been done and when we woke up in the last decades of the 20th century to what we have wrought it was already too late. The ensuing years witnessed our public quarrels as we set out to turn the clock back as we strived to stabilise global mean temperatures and concentrations of atmospheric carbon dioxide. We are now in Paris and it would seem that a consensus about a common threat engulfing us all has at last emerged. The devil however is in the detail and the question now is will this unprecedented gathering of nation states give us hope for the future – the immediate future.

The Islamic Foundation for Ecology and Environmental Sciences (IFEES/Eco Islam) and Islamic Relief Worldwide (IRW) represent the Islamic world in the COP 21 event in Paris. We have over the years had a close working relationship but climate change has brought us even closer together. We joined forces at a major event organised by the Centre for Earth Ethics in New York in September last year and since then our bonds have grown even stronger. Our collaboration in launching the Islamic Declaration on Climate Change in Istanbul last August bears testimony to this.

I was asked to present the Islamic assessment on climate change at a special event in Paris organised by IUCN. The audience was composed of climate scientists, negotiators and theologians and the text of this presentation is reproduced below.

The Islamic Declaration on Climate Change is based on four principles, namely:

The purpose of the declaration is four fold

Staying on the theme of solidarity let us consider two facts

This water has been endlessly recycled millennia after millennia and this leads me to say that I could have been showering this morning in water that may have been in any one of your bodies in the past or that of your parents or grandparents or flowing down a river in Africa or used by a farmer in China. We are irrevocably connected to each other.

We are one species with common origins; one human family. This is why after describing us as nations, tribes and communities the Qur’an exhorts us to know each other. This knowing is a process of exchange, dialogue, agreement and disagreement and more dialogue as in all human affairs.

So why do we do the things we do teach other and perpetuate cycles of violence not least of which is what happened in the streets of Paris just a few days ago?

There’s more! This same water could have been in the body of an elephant, an eagle a whale at any time in the past and the Qur’an reminds us that those beings that crawl and fly (and walk on all fours) are communities like us. So why do we commit acts of violence against our non human cousins, with whom we share 90% of the known gene pool, to the extent that we are a threat to the planet’s bio diversity?

We are a threat to the planet itself by heating it beyond what it can bear.

So let us remind the delegates to the COP process that the recent NASA image taken from a million miles away shows us that the Earth is finite. It shows no lines on the map dividing nation from nation but there are nearly two hundred of them here vying for share of the cake. Let us remind the rich nations that for the sake of equity and justice to prevail they need to ask for less to enable the poor nations to have more than just crumbs.

If this doesn’t work the recent proposals for sustainable development are going to be just a set of platitudes as in the past. This is a challenge to the growth agendas pursued by every single nation state. The simple logic is that the rich have to take less from the Earth in order for the poor to have a modicum of a sustainable lifestyle. If this doesn’t happen it will surely guarantee that the two degree threshold of global warming which is considered to be the upper limit we can just about afford, will surely be surpassed. Those who suffer from our current over indulgence will be our children. When we are gone we will not hear their curses but do we want this on our conscience?

Fazlun Khalid is the Founder and Director of the Islamic Foundation for Ecology and Environmental Sciences (EcoIslam), Birmingham UK; Convenor of the drafting team of the Islamic Declaration on Global Climate Change. 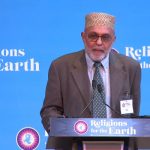 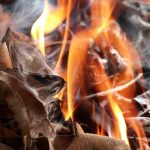