It is facing a massive threat from logging operations which could destroy the habitat of endangered Sumatran tigers, orangutans, elephants and a myriad other species mostly unknown to the outside world. Between 1985 and 2007, the island of Sumatra alone lost 12 million hectares of natural forest; a 48 percent loss over 22 years.

Despite the commitment of the Indonesian Government to protect areas of high conservation value the rape of its rainforests continue. The point is, as a carbon sink Indonesia’s forest reserves are a valuable asset to the entire planet and it is in all our interests to protect it. It will clearly be seen internationally as a contribution by Muslims to reverse the processes of climate change. 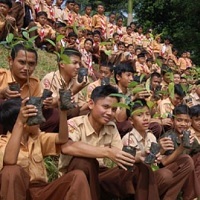 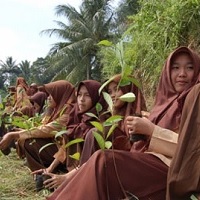