This case study is a summary of the work carried out by the Islamic Foundation for Ecology and Environmental Sciences (IFEES) in collaboration with other CARE International (USA), World Wide fund for Nature International (WWF) and the Alliance of Religions & Conservation (UK). The initiative we are concerned with is known as the Misali Islamic Environmental Ethics Project which has as its objectives –

Zanzibar is a devoutly Muslim country and its population is over 95% Muslim. It is part of the United Republic of Tanzania and is composed of two main islands, Unguja and Pemba. Pemba which is famous for its cloves and is the smaller of the two islands lies north of Unguja. The Misali Island Marine Conservation Area (MIMCA), which is the subject of our study, lies off the west coast of Pemba and is flanked on its other side by mainland Africa. MIMCA is 22 sq.km. in area and has at its centre a small uninhabited island of coral rag known as Misali. This island is forested and is surrounded by some of the finest coral slopes in the entire Indian Ocean. It is also a turtle nesting ground.

Fishing in this conservation zone provides direct livelihood support to an estimated 11,400 people on the island of Pemba, scattered over 36 shehias (villages). The problems here are the classic ones experienced by traditional communities worldwide. They are an expanding population, rising expectations, low employment opportunities, depleting resources and threats from industrial development, in this case tourism.

Additionally, this area of the Indian Ocean is not free from the scourge of over fishing by fleets of international trawlers equipped with the latest fishing technology, which has caused the drastic depletion of fish stocks. This in turn has forced local fishermen to dynamite the coral reefs which act as spawning grounds for the fish they eventually depend on. Given a choice between alleviating hunger and long term conservation, people cannot be expected to choose other than the former option. This means that dynamiting has become the last desperate resort for some fishermen in the struggle to maintain the level of their ever-dwindling catches.

It was becoming apparent that after many years of trying that conventional conservation practices were not having the desired effect. As the situation appeared quite pessimistic we were invited by CARE International (an American based organisation) to develop an Islam orientated environmental education programme amongst the fishing communities, religious leaders and government officials and to canvass the support of local institutions to enhance the management and protection of MIMCA. This project was seen as supporting a community run protected area initiative to reduce illegal fishing practices, to promote awareness amongst the fishing communities and to emphasize the importance of sustainable practices within the designated conservation zone.

The resource used in stage one of the project, which was introductory in nature, was a pack of 24 photographic slides (produced pre power point) accompanied by an instruction manual known as Qur’an, Creation and Conservation, (link to Tutorial in Resources section) produced by IFEES. We conducted three workshops based on this teaching resource in November 1999. Two were conducted for local fishermen, local government officials and madrasa (Qur’an school) teachers and the third was held at the Ministry of Agriculture, livestock and Natural Resources and was attended by senior government officials and senior members of the Mufti’s Office.

These workshops were a great success and representatives of the international NGOs who participated in these workshops were of the view that the use of the Qur’an as a teaching resource has had the result of sensitizing stake holders to conservation issues in a matter of days compared with the poor results achieved over previous years using standard conservation approaches. As a measure of its effectiveness there also have been proposals to use this teaching resource in schools and for creating greater awareness in the adult population.

The second stage of this project commenced in January 2001 when further workshops that entailed a deeper study of the Qur’an were conducted. Aspects of the shariah law related to conservation were also examined and it was proposed that MIMCA be designated a hima in accordance with the conservation and sustainability principles embodied in the matrix of the law.

The third stage of the project is also now complete following the publication of the Teachers Guide for Islamic Environmental Education (link to this resource in Resources section, last page) for the ulema and madrasa teachers to enable Islamic environmental messages to be disseminated to a wide cross section of the community.

There was support at all levels from government officials and the Mufti’s office down to ordinary fishermen and as a pioneering endeavour its progress will be closely monitored. This initiative is now part of the global Sacred Gifts Programme. 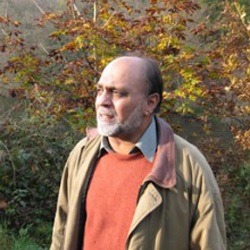 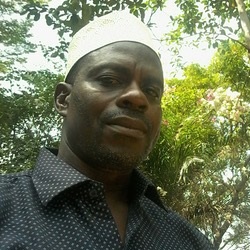